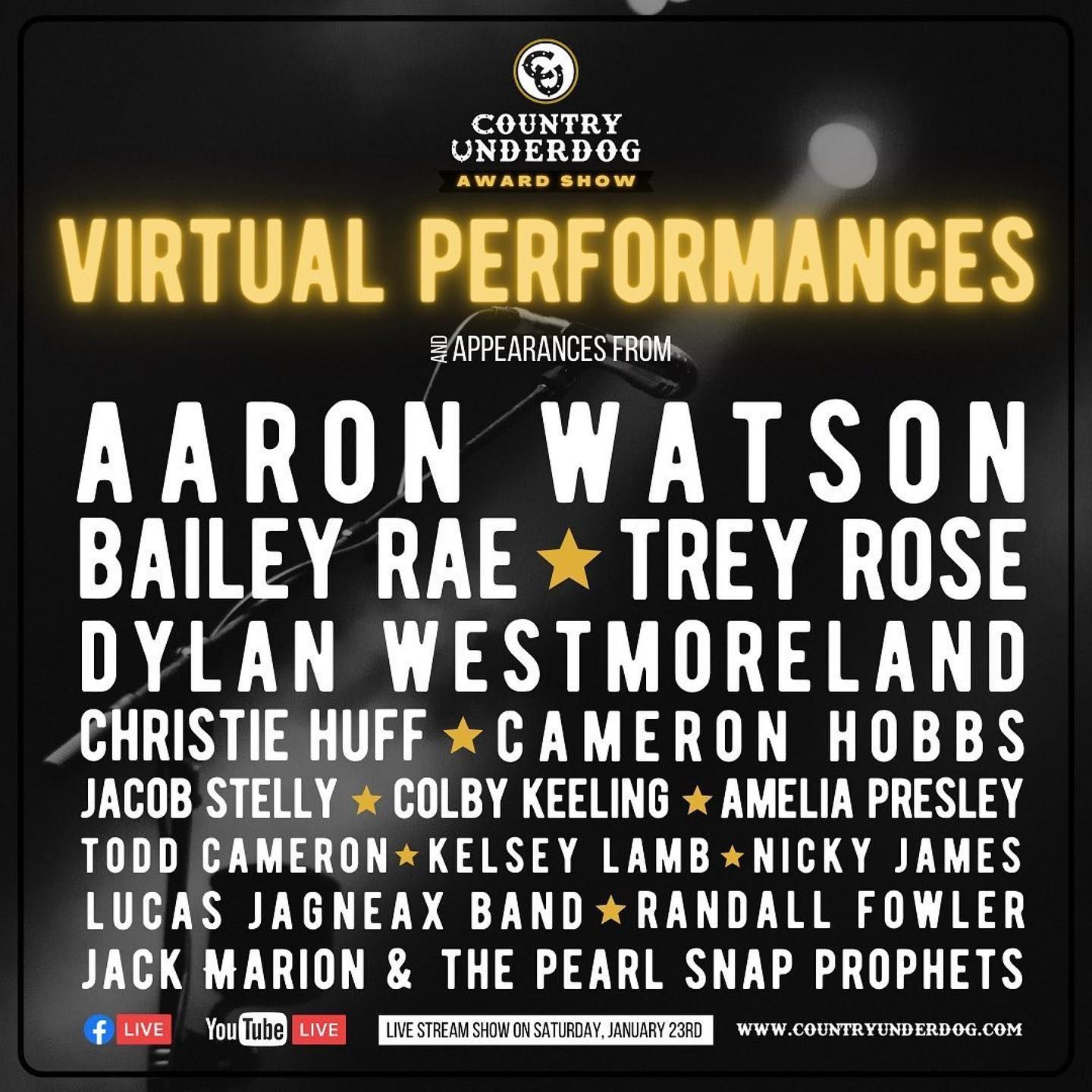 Reed McDonald "founded Country Underdog in 2019 to help make artists' dreams come true by promoting artists and building the brand's that is Country Underdog. All so the underdog artists' can finally be heard. Reed works tirelessly every day on everything from social media to the website so that CU is the best it can be to help make dreams come true." - CountryUnderdog.com/Our-Team

Performance: Christie Huff - "All Together"

Performance: Colby Keeling - "When It's Gone"

Band of the Year: Shaker Hymns, Pecos & The Rooftops, Chad Cooke Band, Giovannie and the Hired Guns, The Lowdown Drifters

Performance: Trey Rose - "Can't Have You" 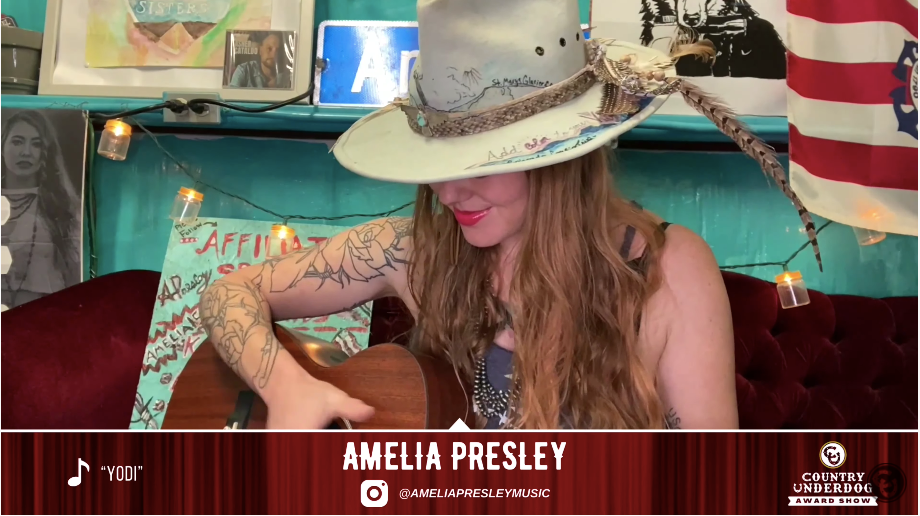