RISING STAR, Texas — Jackie Bibby has spent half a century doing the thing he loves most — handling an animal that could kill him in front of a cheering crowd. He has been handling rattlesnakes at events and on television for the last 50 years. He got his start at rattlesnake roundups around Texas. 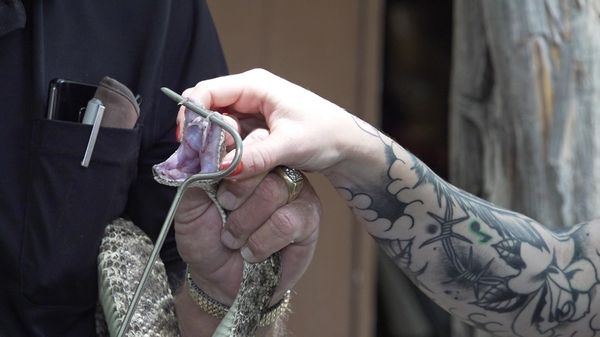 “The way I got started handling snakes is, back in 1969, I went to a rattlesnake roundup in Brownwood, Texas, and they were having a contest over there called a rattlesnake sacking championship. Being a thrill-seeker and an individual who loves adrenaline, I though, well, I can enter that," Bibby said. "So, I entered the contest and I won 30 dollars and I won two trophies and I got my name in the paper. The rest as you say is history, because I got hooked on the sport."

Bibby has quite a bit to show for his exploits.

"Now I hold the world record for that particular competition. I have over 100 trophies for rattlesnake sacking and it became my hobby for many, many years," he said.

Bibby doesn't just have one world record. He has five current Guinness World Record titles for rattlesnake handling. They are:

- Lying in a bathtub with the most snakes (195 rattlesnakes)

His storage shed is set up as a museum with his many awards and accomplishments. It is also where he keeps several rattlesnakes to practice with. He is training a new generation of rattlesnake handlers, keeping traditions alive. He started with his son, Michael Bibby who helps him in his career.

"This sport is not as popular as when I started. Back then there were a lot of people interested in it. There are very few people interested in it anymore. There are not a lot of rattlesnake roundups left. The environmentalists have just about completely hounded us out of business," Bibby said.  "When I started, there were 42 rattlesnake roundups in Texas. There are about seven left, so they’re just about all gone, but my son Michael he’s 30 years old and has been handling snakes 15 years. He's never even got a scratch, really good snake handler. We’re training Amelia now. She’s kind of caught the bug and she’s enjoying it, so she’s learning how to handle."

Amelia Presley is a singer/songwriter and military veteran. This weekend she was picking up a new skill, learning how to freehand a rattlesnake, meaning hold a snake without having the head pinned down. 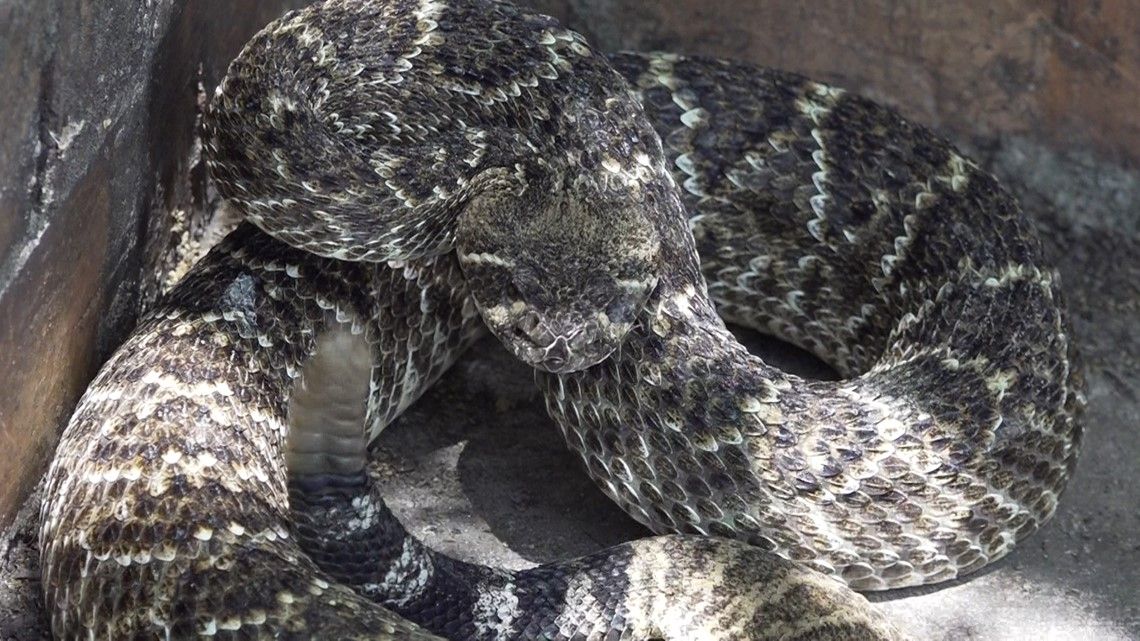 “I met Jackie at a show and we became good friends and he asked me if I wanted to learn handle rattlesnakes and I stupidly said yes,” Amelia Presley said. “I trust him. I mean, he knows what he’s doing. If anybody’s going to teach me, it should be him.”

Bibby was most recently on The Go Big Show, hosted by Snoop Dogg. 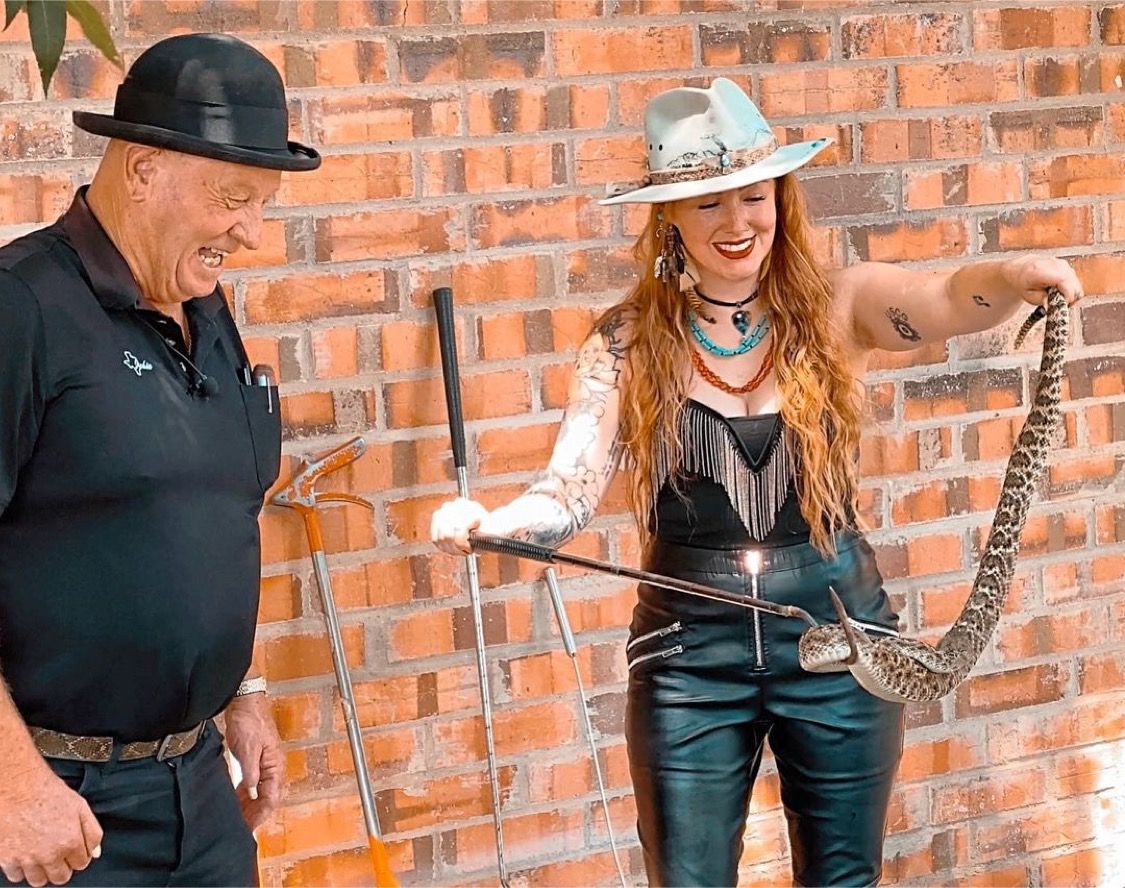 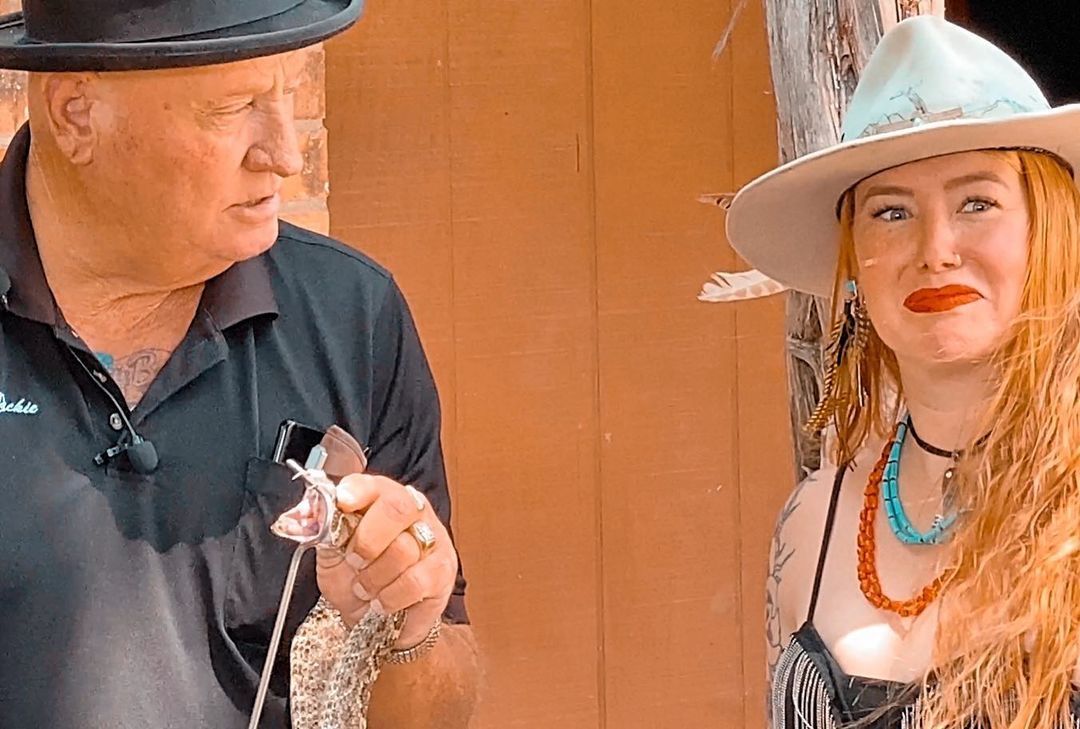 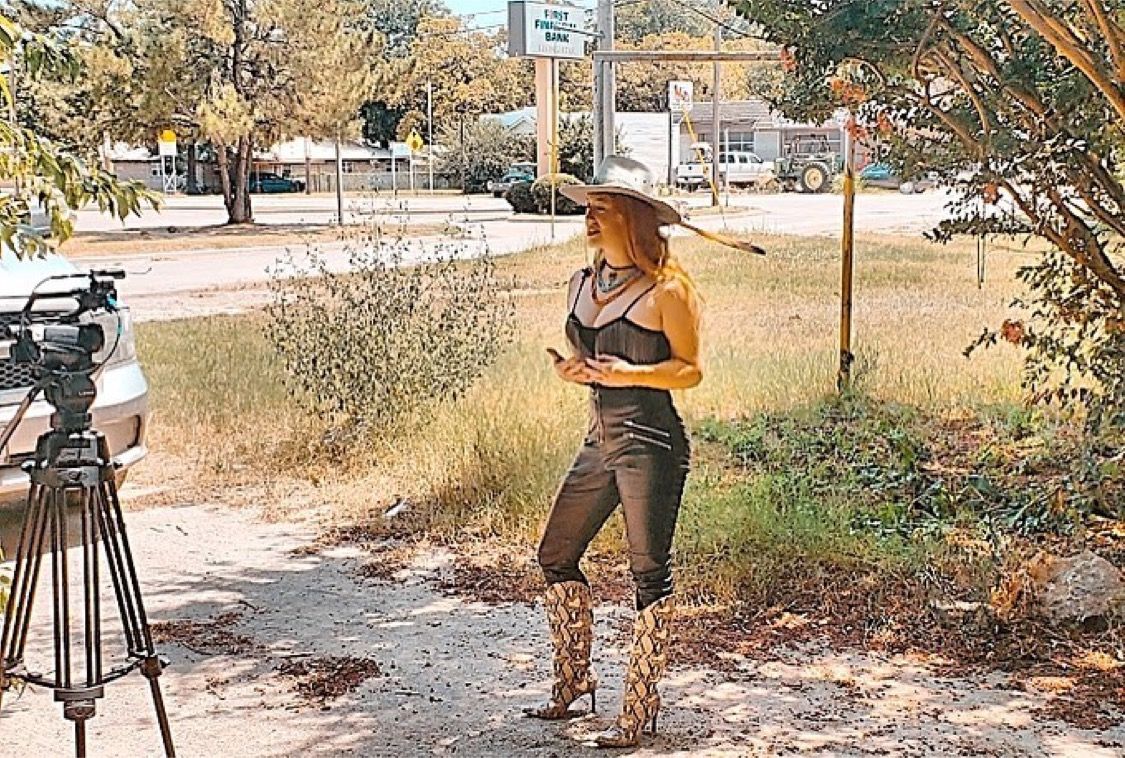