Amelia Presley performed at benefit golf tournament, Roughnecks and Rednecks, in Rising Star, Texas last Saturday.  Then, Texas Snake Man, Jackie Bibby, appeared with his wild rattlesnakes to give a presentation.  After he had informed the crowd with various facts about rattlesnakes, Bibby invited Amelia to come up to take a picture.  He held the rattlesnake around Amelia's neck as the crowd took pictures.  Rumor has it that there may be a stunt involving Mr. Bibby's snakes and Amelia in the near future. 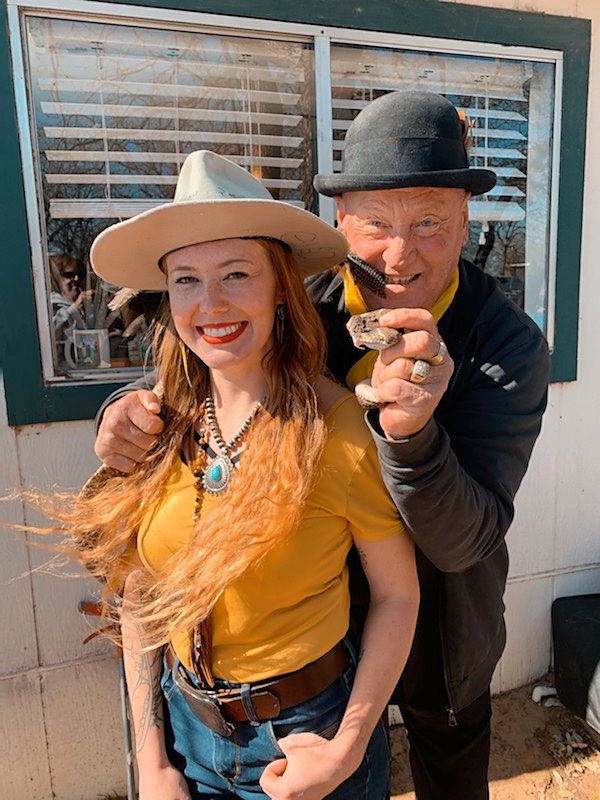